There are 2 natural forms of Vitamin K: phylloquinones (vitamin K1) in plant sources and menaquinones (vitamin K2) produced by bacterial flora. In pet foods, Vitamin K3 (menadione) is used. This form is used for price and stability reasons. It is unnatural and much controversy surrounds its use. Human studies have indicated that it is a toxic substance (in higher doses) that may harm antioxidant status. Regardless of whether vitamin K3 is or is not harmful, there is no doubt that the other natural forms are safer and superior.

Vitamin K2 can be broken down even further by the name of “MK” with a number attached to it (ex: MK-7).

MK-4 is very abundant in animal foods (like meat). It is theorized that this form is best at protecting tissues from calcium deposits and supports proper gene expression (human studies).

A diet that contains fish, animal based protein (including organs), would be rich in Vitamin K2. Fermented foods could support additional forms of Vitamin K2. Because each form has its own strengths, it would be ideal to include a combination of the following (as tolerated by the dog):

Vitamin K2 amounts will be richer in grass fed and finished animals. You may find this database to be useful as vitamin K2 is not listed in nutrient databases.

Vitamin K is also rich in animal feces and can be obtained by consumption. Yum.

Dogs don’t traditionally require vitamin K from food or supplements because they are able to synthesize it in the gut. Deficiencies tend to be rare (outside of ingestion of poison) and are characterized by blood clotting disturbances. A gut that is disturbed may mean suboptimal status of vitamin K which could theoretically affect the bones, skin, brain, kidney, skin and much more.

We don’t have a lot of data on how vitamin K is absorbed and we only have the NRC to go off of for requirements. Requirements are not based on how to support optimal intake, but rather provide enough to dogs who otherwise are unable to synthesize the nutrients. This can make vitamin K difficult to dose. It would make sense to start with the NRC requirements when dosing forms of vitamin K. You can grab those requirements on my website over here. Otherwise, you can just proactively work toward providing natural amounts from food.

While there isn’t evidence to “prove” the benefits of dietary intake in addition to adequate microbial synthesis, evidence doesn’t rule out the possibility. This is especially true for kibble fed dogs with compromised guts since vitamin K is not required by AAFCO guidelines (and when it is added it is added as K3). It is possible that millions of dogs have suboptimal vitamin K status- but not at levels that would manifest as disturbances to blood clotting.

High amounts of vitamin A and E may increase the need for vitamin K, as can calcium. Recall now that in every lesson on the fat solubles (A, D, and K primarily) we noted that each fat soluble affected one another and worked synergistically together. Vitamin K is no different. Optimal intake of all the fat solubles is absolutely critical for overall well-being and these pre-formed fat solubles are often neglected in Western Diets.

It is anecdotally expressed that homemade diets tend to improve dental health. While there are many factors that go in to dental health (regular dental care outside of diet remains important), it may be possible that a fresh food diet provides a dietary source of vitamin K2 that promotes dental health (think bone health).

Several years ago we had a wonderful boxer dog named Tony. Tony had a heart condition, was older, was kibble fed, and was not a candidate for cleaning. His teeth were in terrible shape. My Dad (Dr. Miller), carefully dosed Green Pastures Fermented Cod Liver Oil with Butterfats. This contained vitamin A, D, and K2. After a month or two I was absolutely astonished at the results. When I visited I asked my Dad, “Where did you take Tony for his dental?”

I don’t claim that vitamin K will always be beneficial from the diet, but I have personally seen tremendous results when various forms are fed to dogs who have a history of suboptimal intake. Vitamin K2 in humans has been studied for its effects on protecting the brain when conditions like alzheimer’s is present. The study into vitamin K2 stands as a relatively new advancement in nutrition research. 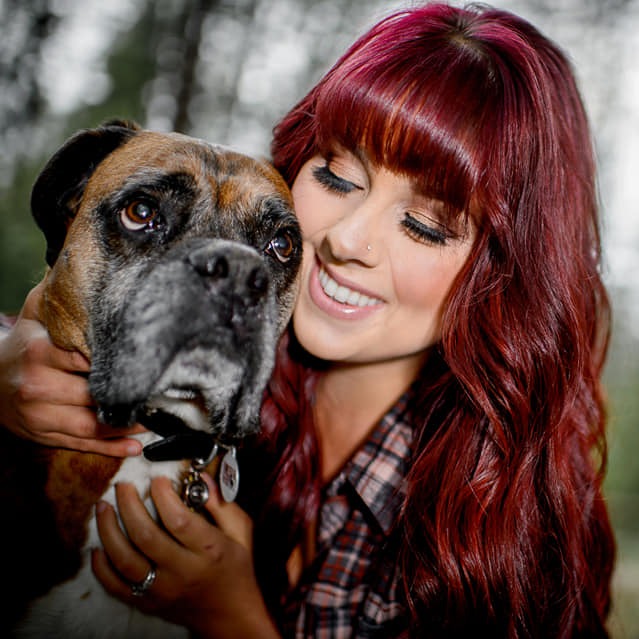 Nutrition Advocate
Dogly loves Savannah because she provides nutrition advice based on the dog in front of you and your lifestyle.