Teaching Your Dog NOT to Offer a Behavior (Unless Cued)
with Tressa Fessenden-McKenzie of PathandPaw, Training Advocate
back forward

Have you ever met a dog that knows, says, three or four behaviors, and always performs them in the same sequence? You ask for a sit and you get a sit, a paw, and a down all at once. "Brilliant!" Some dog owners say, "This dog knows so many tricks!" But if you just ask for the down, the dog looks at you in confusion. Does the dog really know three behaviors? Or just one long chain?

This can be a fairly common struggle when teaching our dogs new things. They learn that doing these cool new things result in reinforcement, so they do them all the time! Ever met a dog that paws you constantly for treats or attention? This is one of the pitfalls of teaching "shake" without teaching the dog when not to shake. It turns out, not doing stuff is just as hard, if not harder, for some dogs to learn. This is an issue of stimulus control - the dog knows a behavior, but doesn't fully understand the cue, nor that they should only perform the behavior on cue.

It can be very confusing for a dog if they try a behavior several times (even when not asked for the behavior) and do not get reinforced. This causes frustration, and can make a dog give up, or no longer want to perform that particular behavior. So what can we do? We can capture the behavior of not doing anything - or more specifically waiting for a cue.

Waiting for a cue generally looks like standing at attention, still focused on the human, but not throwing out wild paw movements and downs willy nilly! A nice still, focused stand. So try this - ask for the behavior, mark, reinforce. Then, immediately mark and reinforce again before the dog has the opportunity to repeat the behavior. Repeat this several times, and gradually increase the duration between the click and the treat for the waiting behavior. So, for example, it can go something like this: cue 'paw' - click - treat - wait 2 sec - click - treat; cue 'paw' - click - treat - wait 3 sec - click - treat. If your dog begins offering behaviors before you are able to reinforce the waiting behavior, it just means you need to be a little bit faster.

For the dog that performs all behaviors at once, the dog has learned that the first behavior is the cue for the second, the second is the cue for the third, and so on. You may have to re-teach some of those behaviors to get them each on specific cue, so that they're able to perform them outside of the chain.

This is also handy for behaviors dealing with objects and props. It can be hard for a dog to learn that the prop is not the cue for the behavior, so they will tend to be magnetized towards the object as soon as it's brought out. Here's a little video of Koa and I practicing not hopping on the stump unless she is given the cue "two paws” (as well as staying ON the stump until given her “off” cue).

You can see that I have to be pretty quick to capture those brief moments of stillness - she is really eager to show me how well she can balance on the stump! But as the session continues, I am able to slow the rate of reinforcement and get the same results.

With something silly like this trick, it may not seem that important, but with a behavior like "shake" or "paw," which is a common favorite in dog households, teaching the dog to give their paw only on cue can avoid lot's of unwanted scratching and nudging! 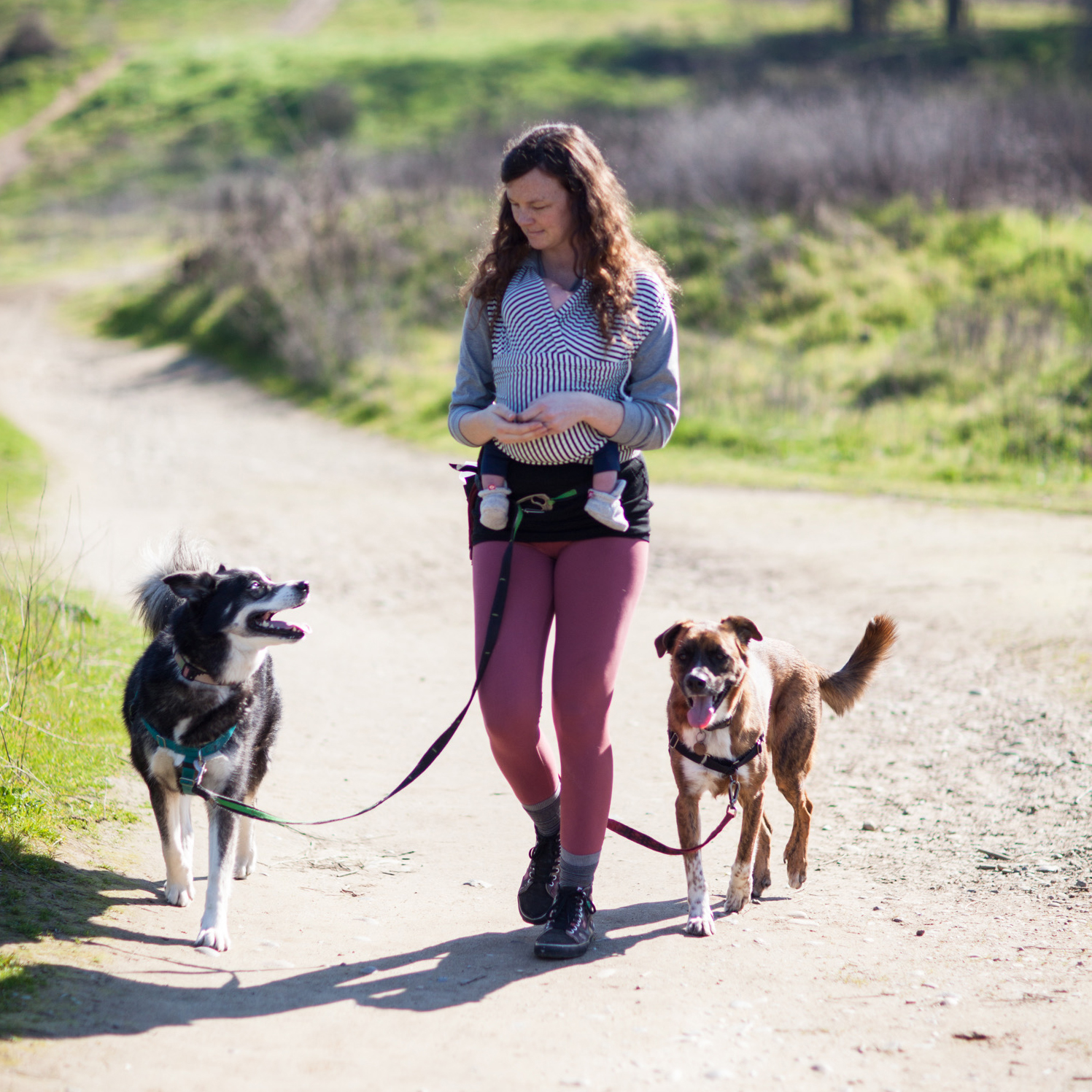